CT Imaging of the Pituitary Gland 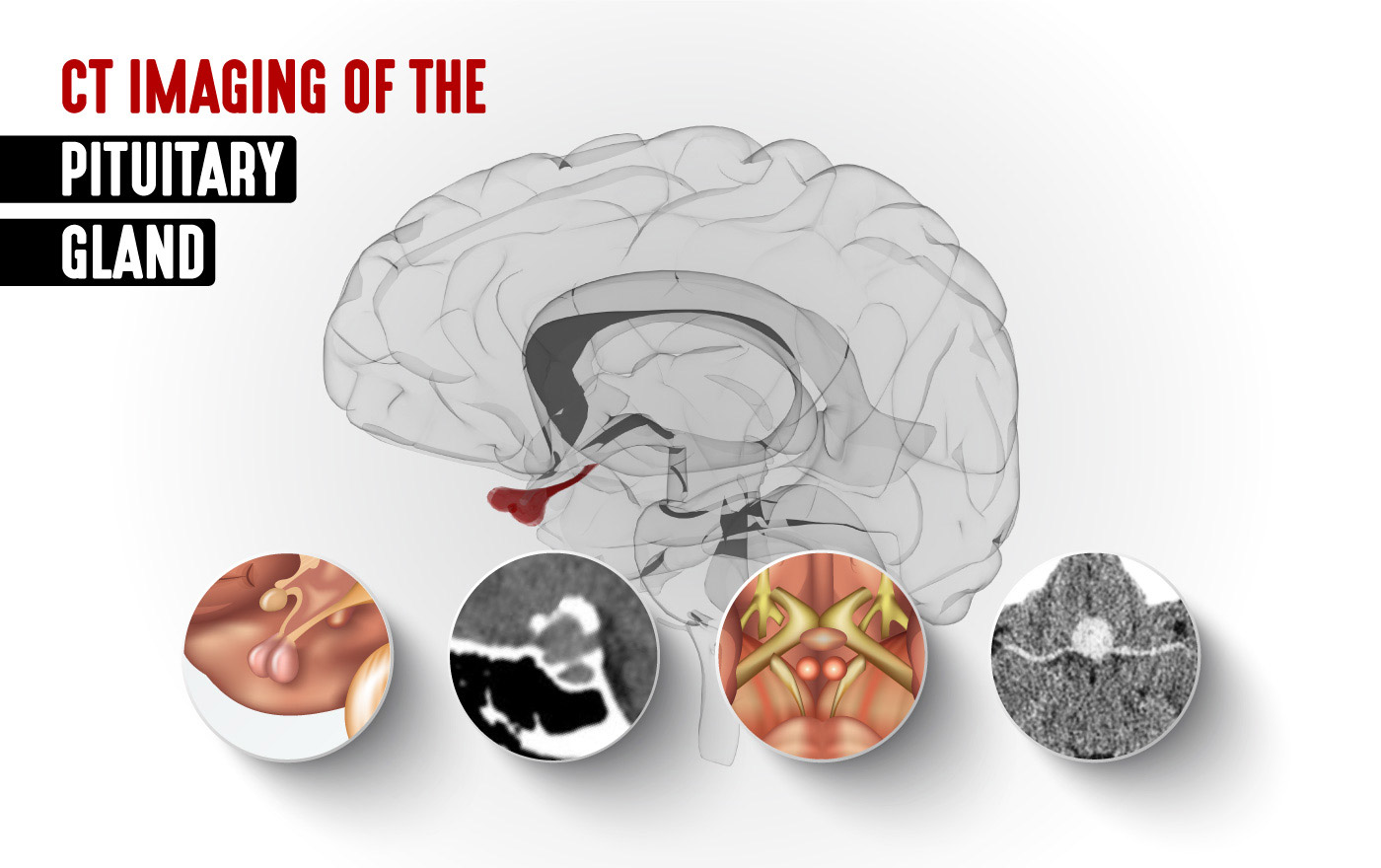 This article is part of our series on Computed Tomography (CT). Here, we address pituitary gland anatomy, physiology, and pathologies, as well as the CT scanning protocols for imaging the pituitary gland. 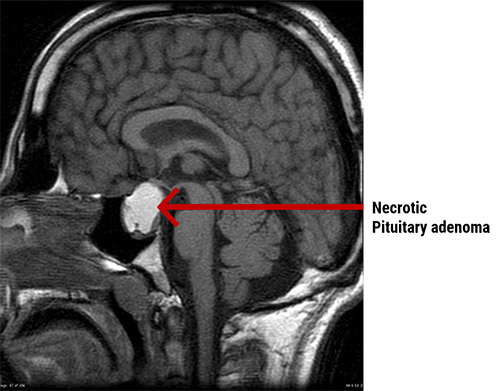 This photo by Unknown Author is licensed under CC BY-SA

Also known also as the hypophysis, the pituitary gland is the pea-sized organ attached to the base of the brain. It is referred to as the “master gland,” and it is a major endocrine gland. Though small, it consists of two lobes, the frontal or anterior lobe and the back or posterior lobe. The pituitary is important in controlling growth and development and the function of the other endocrine glands, such as the adrenals and the thyroid. The hypophysis lies in the hypophyseal fossa of the sphenoid bone, which is in the center of the middle cranial fossa. It is surrounded by a small bony cavity known as the sella turcica, which is covered by a dural fold—the diaphragma sellae.

Pathologies of the Pituitary

When abnormal growths develop in the pituitary gland, they often result in too many or too few hormones being released in the body. Most pituitary tumors are adenomas: noncancerous, benign growths which generally do not metastasize to other parts of the body. Adenomas generally arise from the frontal lobe of the pituitary gland. Though they are usually slow growing, they can grow large and put pressure on nearby structures, such as the optic nerve, causing a mass effect in the brain. Pituitary tumors represent approximately 10–15% of intracranial tumors with a 5-year survival rate at approximately 82%.

Carcinomas or malignant tumors of the pituitary can spread to other areas of the body. Pituitary carcinomas are rare diseases with high mortality rates: their low incidence rate presents a diagnostic and therapeutic challenge for physicians.

Investigating Pathologies of the Pituitary

There are various options for treating pituitary tumors, including removing the tumor, controlling its growth, and managing hormone levels with medications. Often, pituitary tumors go undiagnosed because their symptoms mimic other conditions. They are often found incidentally, when a patient has a workup for other medical reasons.

When physicians suspect a pituitary abnormality, they most likely will begin with a series of tests which may include:

Using axial-acquired helical x-rays, CT generates cross-sectional images of the pituitary gland. Post-processing is used to generate sagittal, coronal, and 3D-rendered images. Adequate contrast, which is needed for image formation, is generated by the differences between the attenuation of bone and that of soft tissue. This makes CT ideal for evaluation calcifications or ossifications within a suprasellar lesion. In fact, it is a better imaging modality than magnetic resonance imaging (MRI) in its ability to distinguish calcifications within a craniopharyngioma from hemorrhage within a pituitary adenoma since both appear similar on MRI.

The following is the general CT scanning protocol for the pituitary fossa:

Despite the ease of CT in evaluating pituitary gland lesions, it is usually not the first-line imaging modality for evaluating the pituitary fossa. It is important to note that CT has the additional disadvantage of ionizing radiation, which MRI does not. Thus, patients screened for pituitary abnormalities should receive an MRI rather than CT whenever possible. Furthermore, precontrast CT imaging offers little additional diagnostic value, and so avoiding pre-contrast pituitary imaging is recommended. It is important to remember that patients with intracranial lesions often require multiple follow-up imaging studies, for which clinicians should consider the patient’s anticipated cumulative radiation dose.

While many pituitary tumors do not require treatment, surgery or pharmacologic treatments are generally the first treatments used. These will depend on the type of tumor, how big it is, and the extent to which it has spread into the brain itself. In the event that these interventions fail, or if there is a recurrence of the tumor, radiation therapy can be the next treatment option for the patient.

If you enjoyed this article on CT imaging of the pituitary gland, and are interested in learning more about CT, we recommend our CT Essentials and CT Advanced courses for your continuing education credits.