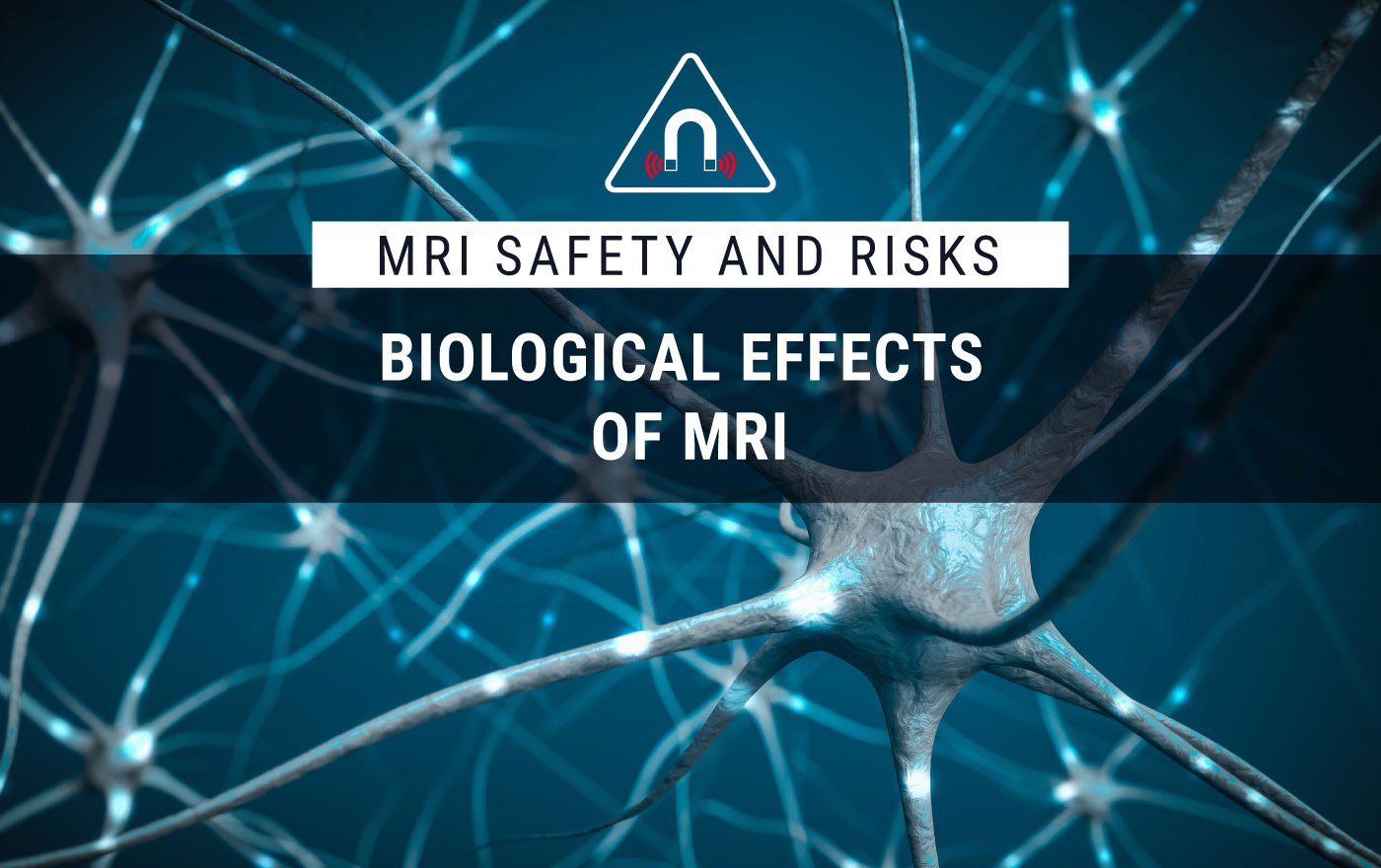 This article is part of our series on magnetic resonance imaging (MRI) safety and risks. This article addresses some of the biological effects associated with MRI, discusses safe MRI practices, practical prevention techniques (when applicable), and effective patient communication.

On the topic of MRI safety and hazards, the first thing that comes to mind is the risk of metal inside the magnetic field of the MR machine. This is probably due to the horrific images shown on TV and the internet. While the magnetic field does pose a risk, it isn’t the only one. In this article, we focus on potential biological effects of MRI that can be induced by the static magnetic field, the gradients, and the radiofrequency waves.

These effects are characterized as “odd” effects to human cells or tissue and can manifest in different ways. We as MRI technologists need to understand these effects, their causes, and how to prevent them.

Peripheral nerve stimulation (PNS) is similar to the feeling of a small shock, such as that from static electricity. It should be noted, the sensation caused by PNS often leads the patient to move or to appear to have moved on the image.

These variations can be measured by dB/dt, or the ratio between the amount of change in amplitude of the magnetic field (dB) and the time it takes to make that change (dt). They also depend on the duration of their application.

According to the FDA:

Sensations from PNS are generally fairly frequent in the rapid sequences and EPI with high flip angles. They are usually not painful, but could cause some involuntary movement.

Variations beyond a certain threshold of dB/dt can cause stimulation that leads to a patient bending their right index finger. The phenomenon is exaggerated here to allow for better understanding. The majority of PNS are small superficial contractions.

PNS does not pose a great risk to patients in an MRI exam. However, PNS can interfere with the image quality, as it manifests as motion and can also be startling to patients.

The best way to prevent or reduce this effect is to make sure the patient’s skin is not in contact with another part of the anatomy. A common place to feel sensations from PNS is in the hands when the fingers are clasped and overlapped. Be sure the patient does not lock their fingers together during the scan. Communicate with the patient the reason why this is important, and assure them of their safety. 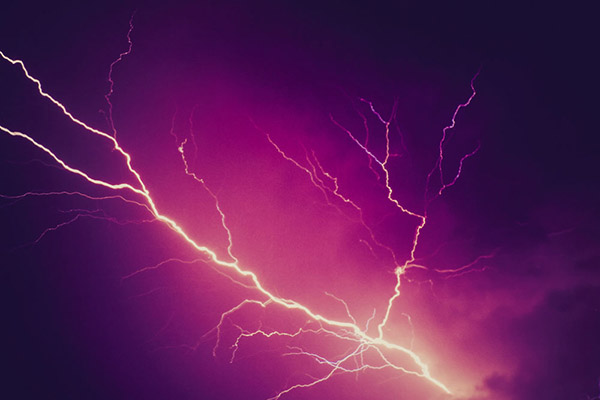 The retina can also be susceptible to stimulation from the induced currents created during the scanning process. When this happens, patients may experience a small flash of light. This can cause the patient to become alarmed or concerned and possibly move during the scan.

Be sure not to reproach your patient for moving! They cannot be expected to know that such an experience is a normal possibility during an MRI exam. Instead, explain to them what may occur and reassure them of their safety.

Patients commonly experience metallic tastes with the injection of iodinated contrasts used in radiography. However, the metallic taste an MRI patient may experience has nothing to do with the contrast material. It is actually caused by the release of secondary protons to currents induced by the magnetic field variations.

Be sure to communicate with your patient about the possibility that they may experience the taste of metal, and that this is a common occurrence, and a harmless one, as well. 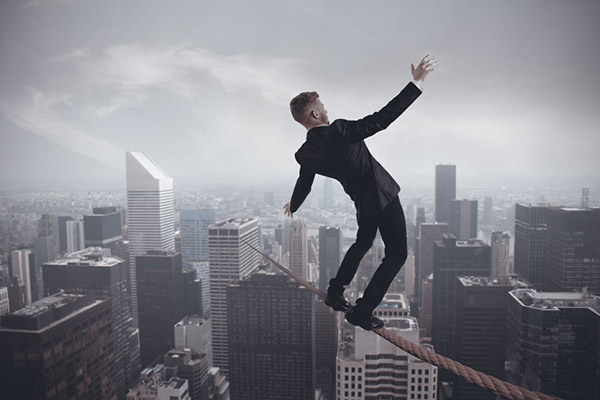 MRI patients may also experience dizziness. In fact, dizziness may affect patients, as well as any other person in the room. The likelihood of patients or persons nearby experiencing dizziness or vertigo can increase with the increase in field strength. While gradients play a role, the magnetic field itself can cause this sensation. You may notice it if you walk from the front of the scanner to the back because you pass along a wide range of magnetic strengths along the scanner. Remember the middle of the scanner will be the true B0, and as we move away from the center, the magnetic field changes slightly.

But why do some people experience dizziness? The magnetic field has a hydrodynamic effect. and the vestibular structures (vestibule and vestibular nerve) within the inner ear are susceptible to it.

The magneto-hydrodynamic effect is a modification of the conductor fluid flow in the presence of magnetic field, and the perception of this sensation is transmitted to the brain where it is interpreted as a feeling of dizziness.

Be sure to communicate with your patient that dizziness can sometimes be an effect of MRI examinations. Explain the reason why in simple terms, and assure your patient that this feeling is temporary, not dangerous, and will go away shortly.

While it is a possible risk that the MRI electrical field can induce an arrhythmia, it is extremely unlikely to occur. And when it does, it is most likely that the patient will not be aware of it. In simulated studies conducted by the National Institutes of Health, these fields, if created, were not strong enough to induce serious arrhythmias in a healthy body. However, it is important to remember that there are electrical currents within the body when considering the biological effects the MRI magnets, gradients and RF can have on electrical devices. An extremely rare combination of events would all have to take place simultaneously for this to be a concern.

Most of the biological effects listed in this article do not pose serious risks to MRI patients. The important thing for us to remember as MRI technologists is that patients often do not and cannot be expected to know what is dangerous and what is not. Any unusual sensation or experience during the exam may cause a patient concern. It is important that we be empathetic and understanding. Patients coming for an MRI may already be tense and afraid, depending on the reason for the MRI. It is crucial that we follow MRI safety practices to prevent these effects whenever possible and communicate clearly with patients to help them understand possible effects and reassure them that these do not pose serious risks to their health.