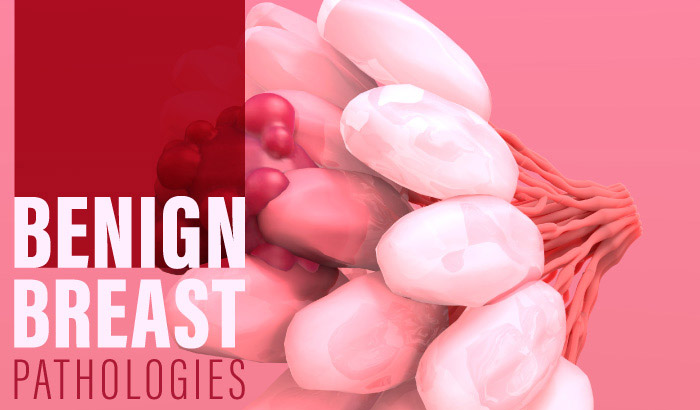 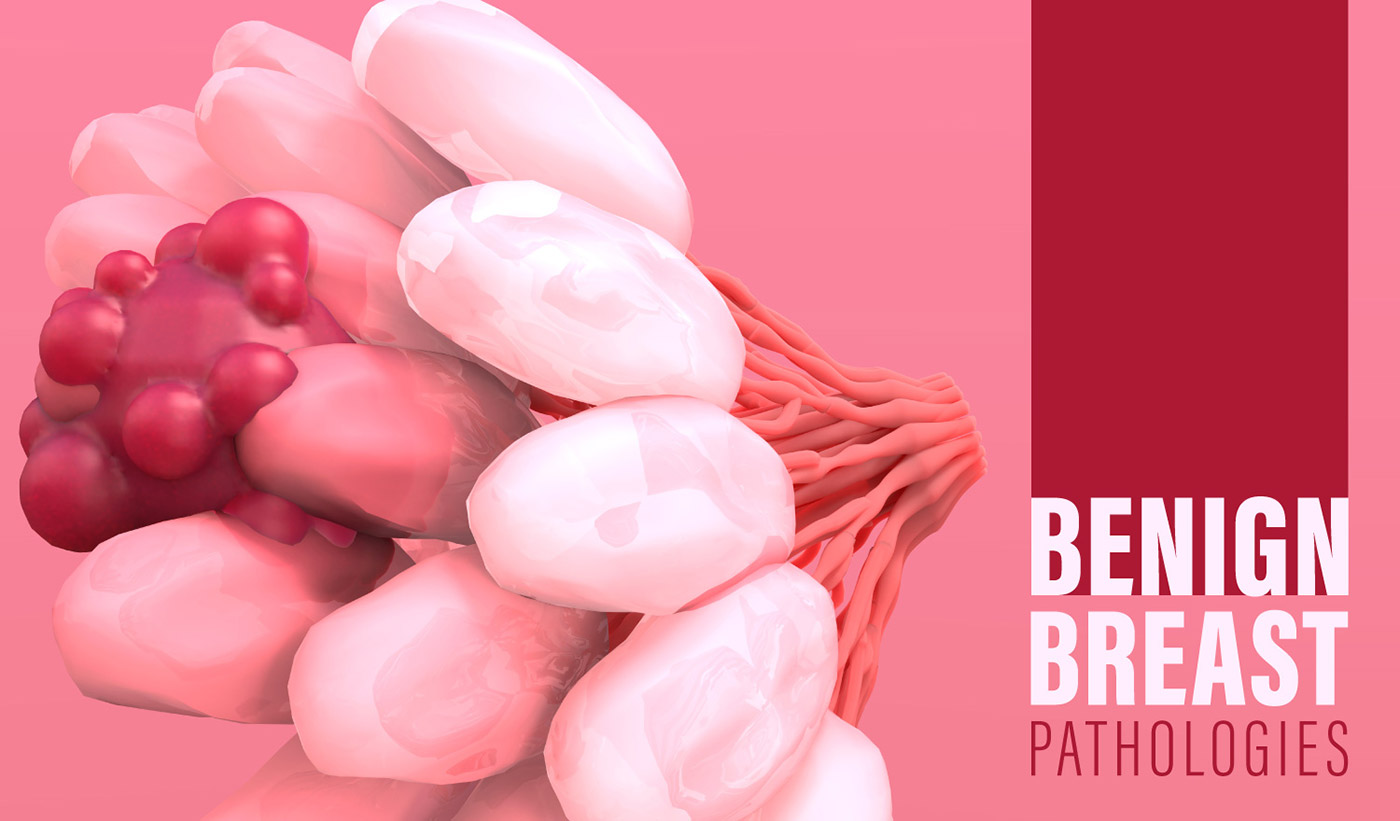 In this article, we will introduce you to some of the most common benign breast tumors, such as breast cysts, fibroadenoma, and papillomas.

Breast cysts are the most frequently diagnosed benign breast condition. Cysts are fluid-filled, round or oval sacs within the breasts. They are often hormone-dependent and typically appear in younger women. Monthly hormone changes often cause cysts to increase in size and become painful and more noticeable just before a woman’s menstrual period.

The density of the breast tissue will often determine how easily the cyst is visualized on the mammogram. Breast cysts are often visualized on a mammogram with the presence of the halo sign. The halo is a complete or partial radiolucent ring surrounding the periphery of the cyst.

In dense breast tissue it may be difficult to visualize the extra opacity of a cyst from the glandular tissue. While in a fatty breast, the round or oval opacity is dense, homogeneous, and easily visualized within the fatty tissue. Simple cysts do not increase the risk of developing breast cancer later on. 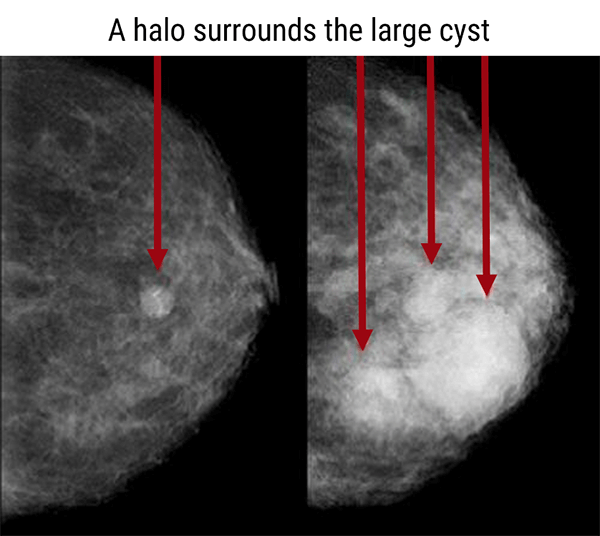 The cause of fibroadenomas is unknown, but reproductive hormones may play a role in their growth and development. Patients taking hormone replacement therapy may find an increase in fibroadenomas in the breast.

On a mammogram, a fibroadenoma appears as a circular or oval-shaped mass. Fibroadenomas are generally benign and have a lobulated appearance on the mammogram. They can also be multifocal (with multiple fibroadenomas seen as one mass). 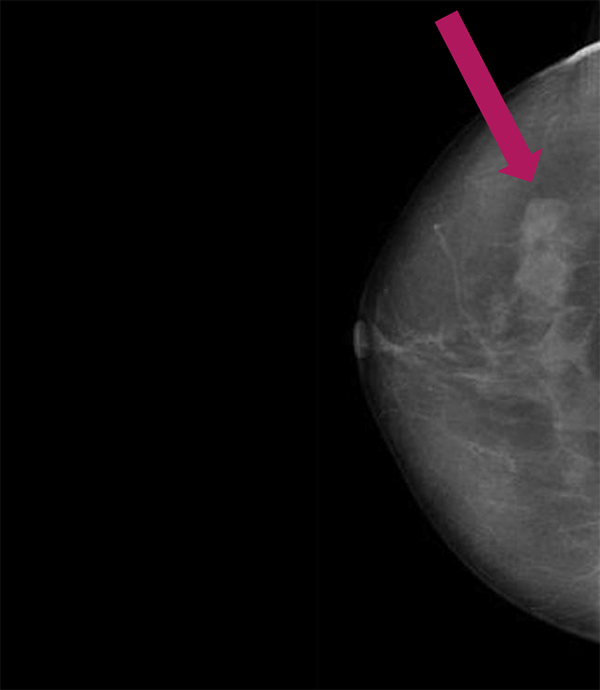 Papillomas are benign, wart-like tumors that grow within the milk ducts of the breast. They are made up of gland tissue along with fibrous tissue and blood vessels.

Solitary papillomas are single tumors that often grow in the large milk ducts near the nipple. They often cause bloody or serous nipple discharge. Papillomas can be lobulated palpable masses averaging 10 mm in size. Some may cause pain. Multiple papillomas are found in small ducts in areas of the breast farther from the nipple.

Previously, ductography was used to detect papillomas. This technique was recently replaced by ultrasonography. A mammogram may also be done to obtain more details about the size and location of a papilloma.

In general, papillomas do not increase breast cancer risk. However, intraductal papillomas that contain abnormal but non-cancerous cells (atypical cells), slightly increase a woman’s risk of developing breast cancer in the future. 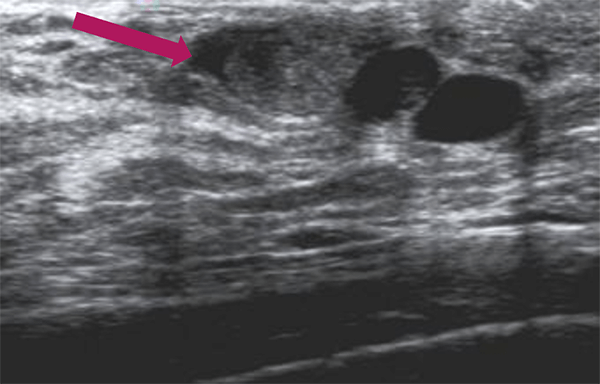 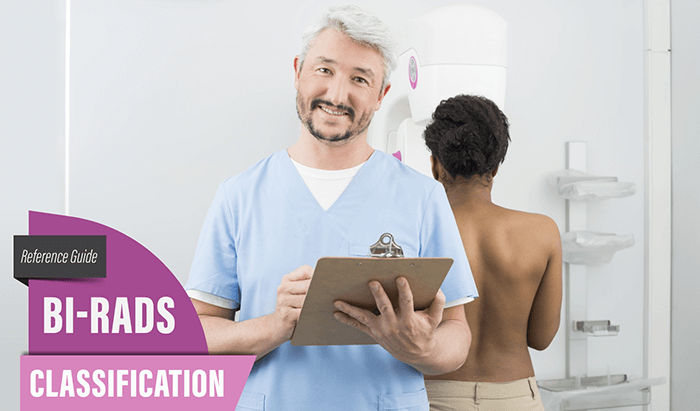 The guide below is intended as a quick reference for mammography technologists. Whether you are studying to take your boards, or whether you simply need a refresher for presenting cases to the radiologist…