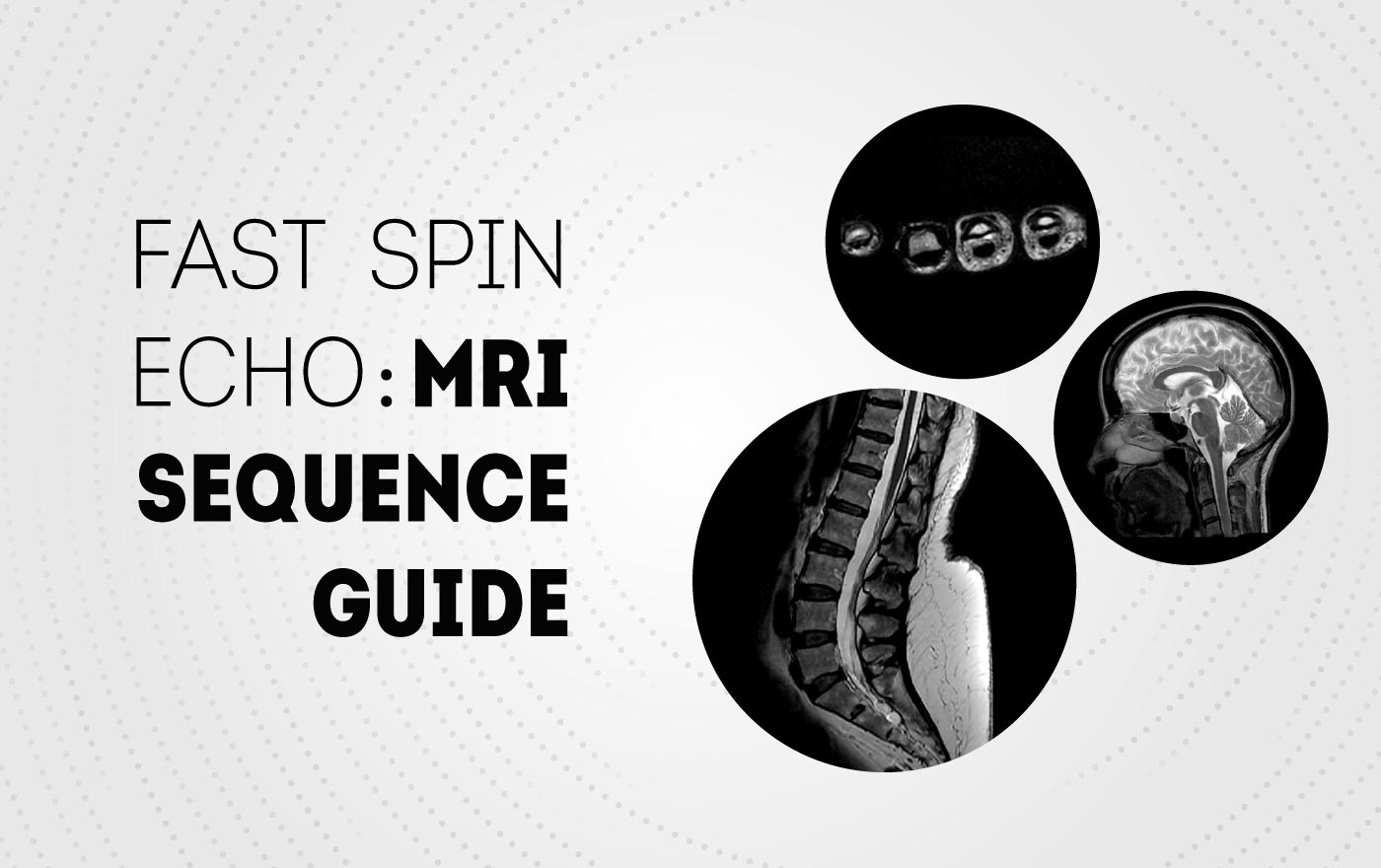 This guide is intended for radiologic technologists and will cover the FSE chronogram, important parameters, advantages and limitations of the sequence, as well as its usage. The guide also provides some examples of what an MRI image acquired with FSE looks like.

In this time diagram of the fast spin echo, we can see the shape of slice selection gradients that are bipolar for the 90° pulse in order to compensate dephasings and are not bipolar at the moment the 180° pulse is applied because of the inversion of dephasings induced by this pulse.

Using the left-hand scroll bar, we can visualize movements inside the Fourier space during a single TR to verify that several rows of the k-space are filled at each TR. Because several rows of k-space are filled at each TR, acquisition times for fast spin echo MRI sequences are shorter than those of the SE sequence. (This is why FSE is faster than SE.)

The number of rows of the k-space filled at each TR is a parameter that can be set: echo train or turbo factor.

Again, like the SE sequence, the parameters that are most important in determining the contrast and weighting of the fast spin echo sequence are TR and TE.

With FSE, however, TE is the effective TE, or the TE that will encode the central rows of the Fourier space. In fact, all echoes participate in image creation. The echoes that fill the central rows will provide contrast information.

It is important to take the inter-echo space into consideration for this MRI sequence. This parameter determines the weighting difference of each echo and also affects the time of the last echo (TEmax). The time of this echo determines the number of slices allowed for a single acquisition.

Another important parameter for the fast spin echo is, of course, the echo train or turbo factor. This parameter determines the number of rows of k-space that will be filled at each TR. It will also affect T2 weighting of the image, the blurring effect, and the signal-to-noise ratio.

Other parameters affect the signal-to-noise ratio and/or spatial resolution, such as bandwidth (when it is accessible), the phase matrix, the frequency matrix, FOV, and slice thickness.

This table contains the parameters specific to the fast spin echo sequence along with the effects on contrast, signal-to-noise ratio, and number of slices allowed per acquisition. 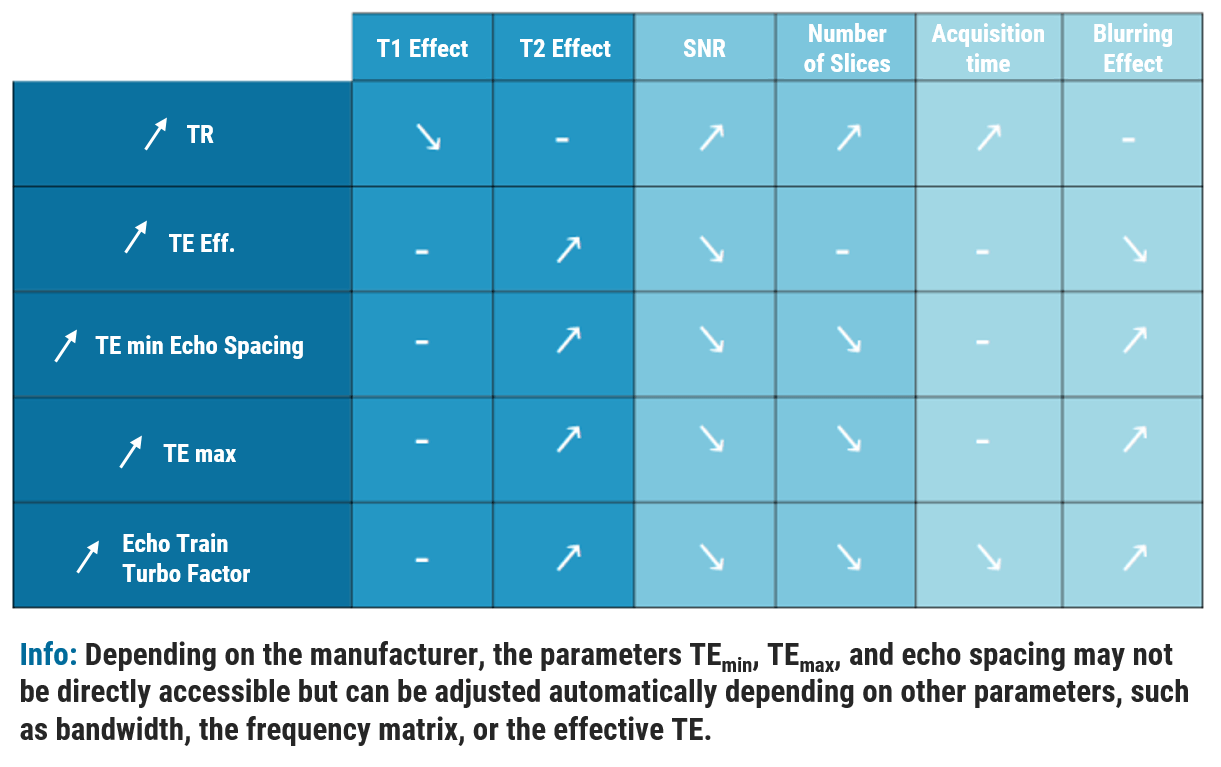 The fast spin echo sequence provides considerable programming flexibility in terms of weighting and is fairly fast. In addition, since this sequence is less sensitive to magnetic susceptibility, it is used when metals are present, such as in osteo-articular imaging with presence of prosthesis.

Below are several examples of images obtained with a true fast spin echo MRI sequence. These are all T2 weighted, as T1 sequences are not often performed using TSE or FSE MRI sequences.

Remember that a T2 contrast has a very specific appearance based on the tissue’s T2 time: fluid is bright and fat is darker.