This article is part of our series of reference guides aimed at supporting computed tomography (CT) technologists in improving their clinical routines, enhancing the quality of the images they acquire, and delivering quality patient care. This guide focuses on renal CT scan imaging, addressing kidney anatomy, physiology, and CT scan protocols for imaging renal vascular disease.

A Quick Review of Kidney Anatomy and Physiology

Located in the perirenal space, the kidneys are bean-shaped paired organs which lie parallel with the psoas muscles on each side of the lumbar spine. They measure about 9-13 cm in length with the lower pole of each kidney slightly anterior and lateral to the upper pole.1 The right kidney lies lower than the left kidney since the liver is in the right upper quadrant. 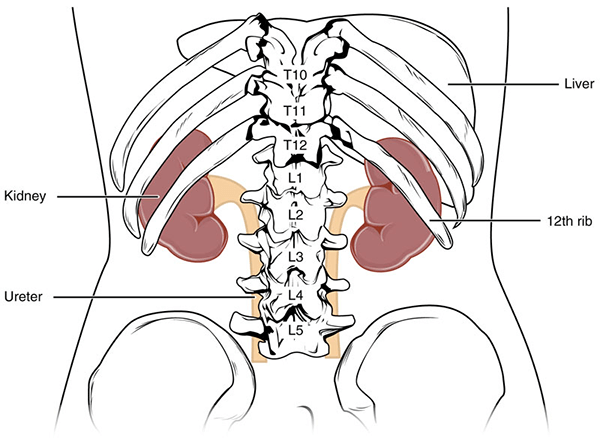 A recessed fissure in the middle of the kidney, known as the renal hilum, allows the renal vessels, nerves, and collecting system to pass into the renal sinus. The outer renal cortex and the inner medullary space containing several renal pyramids make up the renal parenchyma. 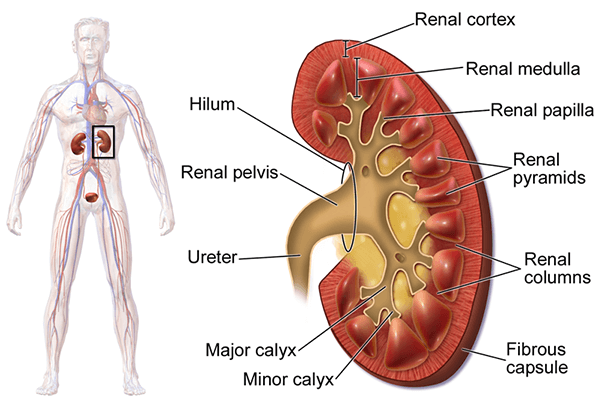 A procedure known as CT-KUB is a low-radiation dose CT which does not require intravenous or oral contrast and is the study of choice for locating stones (urolithiasis) in the kidneys, ureters, or bladder. However, its diagnostic performance for pathologies other than calculi is limited due to its lack of contrast and noise.

The protocol for performing a CT scan for renal masses is as follows: the patient is scanned following injection of 100-120 ml of contrast at a 3-5 ml/sec injection rate during the nephrogenic phase (complete enhancement of the renal parenchyma). This phase occurs about 90-120 seconds post-injection. The overall sensitivity of CT in the detection of renal masses is about 96%.

Obtain a few non-contrast scans (5mm) prior to injecting contrast. The key to an accurate evaluation of a renal mass is imaging in several different phases to look at the enhancement pattern and lesion borders.

New technologists should understand that various artifacts can distort a CT image. There are 5 main categories of artifacts:

Multidetector CT angiography (CTA) has significantly improved image resolution and reduced the contrast dose for evaluation of the renal arteries with a one breath-hold. To ensure that there is optimal opacification of the artery, a bolus tracking method should be used. In addition to evaluating the abdominal aorta and renal arteries, CTA can assess other visceral arteries, renal size, cortical thickness, and detection of renal parenchymal abnormalities in the same study. CT angiography, when used for detection of renal artery stenosis, has high sensitivity (88% to 96%) and specificity (83% to 99%) rates.3 However, CTA requires the use of iodinated contrast media, which may be contraindicated in many patients with renal artery stenosis because of significantly impaired renal function.

There are five types of renal vascular diseases. The vascular conditions which affect the renal arteries and veins include:

Renal artery stenosis (RAS) is the narrowing of one or both renal arteries which supply blood to the kidneys and help the body control blood pressure. Renovascular hypertension (RVHT) denotes nonessential hypertension where a causal relationship exists between anatomically evident arterial occlusive disease and elevated blood pressure. RAS is a major cause of RVHT and accounts for 1-10% of the 50 million cases of hypertension in the United States. 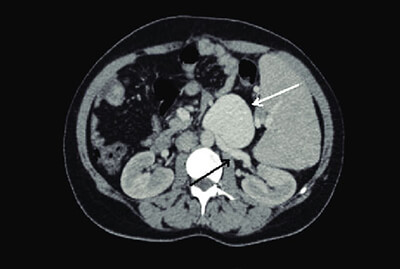 A buildup of fatty deposits called plaque is the most common cause of renal artery stenosis. It can happen in either or both renal arteries and is often called “hardening of the arteries,” or atherosclerosis. The buildup can narrow the artery, reducing blood flow to the kidneys.4 Renal artery stenosis can also be caused by fibromuscular dysplasia—a condition in which some of the cells that line the renal arteries grow or do not develop correctly, which can cause the arteries to narrow.

Renal artery aneurysms, a bulging, weakened area in the wall of an artery to the kidney, are generally asymptomatic and may cause hypertension in up to ninety percent of people. Dissecting aneurysms, which are caused by a tear in the inner layer of the artery wall, may cause flank pain and blood in the urine. 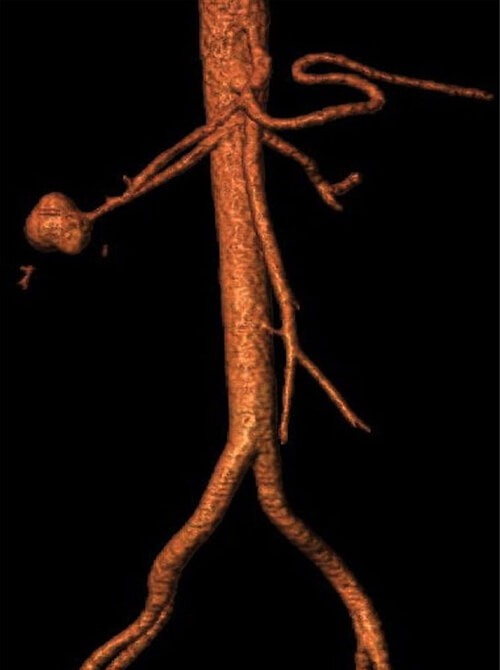 When a clot forms in the renal vein, it is known as a renal vein thrombosis. This can be chronic or acute, which causes persistent severe flank pain, often spasmodic, and soreness in the area over the kidney. It can cause a decrease in the kidney function and is generally treated medically with anticoagulants.

And finally, atheroembolic renal disease occurs when a piece of plaque breaks off from the aorta and/or other large arteries and travels through the bloodstream. These pieces of plaque block small arteries such as the renal arteries. Atheroembolic renal disease is becoming a common cause of renal insufficiency (poor kidney function) in the elderly.

Treatment of a renal artery aneurysm depends on factors such as size and location of the aneurysm and whether symptoms are present. Certain types of small (less than two centimeters, or about three-quarters of an inch) aneurysms may not be treated but may be observed for growth or development of other complications. Many types of aneurysms may be treated surgically, such as aneurysms greater than two centimeters or three-quarters of an inch, dissecting aneurysms, aneurysms causing kidney ischemia or lack of blood flow to the kidney tissue, hypertension, aneurysms that are increasing in size, and aneurysms causing symptoms. Because of the increased risk for rupture (bursting), a renal artery aneurysm in a pregnant woman or a woman of child-bearing age will generally be treated surgically.

Renal artery stenosis is generally treated with renal angioplasty with stenting or renal bypass surgery. Renal masses can be treated with ablation or partial or radical nephrectomy depending on the size and type of the tumor.

CT plays an important role in the evaluation and management of primary renovascular disease and the secondary manifestations of such disease. CT angiography (CTA) with multiplanar reconstruction and three-dimensional display is valuable in studying patients with vascular processes involving the proximal renal vessels. 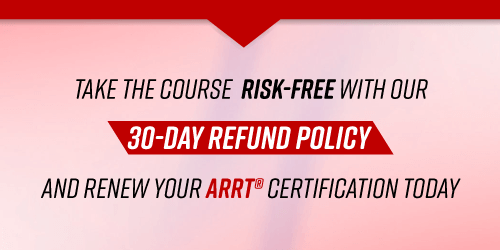 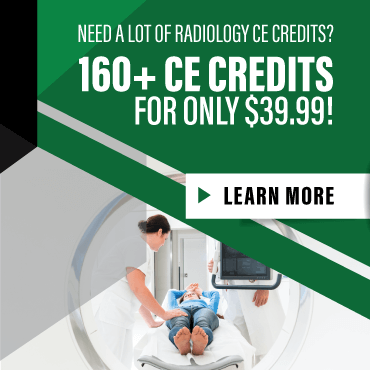