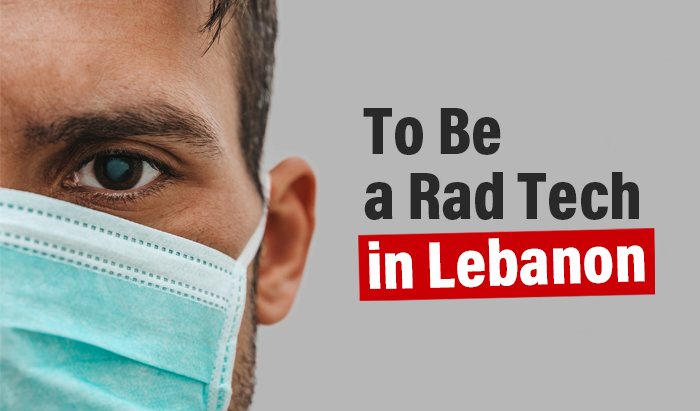 RTs struggle to keep themselves going and to provide patient care as Lebanon’s fuel, electricity, and economic crises throw the country and its hospitals into darkness.

A quick note: We are aware that all healthcare staff are affected in similar ways by the devastating situation in Lebanon, and our hearts go out to them all. In this article, we focus on radiologic technologists only because our work serves these professionals very specifically, and we aim to highlight their successes and their struggles, specifically.

To Be A Rad Tech in Lebanon

If you’re a rad tech, then you know all too well how hard the job is: the grueling pace, the physical demands, the emotional and psychological burdens, the patient exams that are often as unique as they are familiar. Now, imagine doing your job in apocalyptic circumstances, amidst multiple, concurrent crises that, heaven help you, have come right on the heels of a massive explosion and a crippling pandemic. That may be difficult to imagine. Let us help you picture it:

Imagine the power grid fails to provide electricity for the hospital for more than a few measly hours a day, so the hospital is forced to run its generators for long periods to remain operational. Imagine that works out okay, until the nation begins running out of diesel.
Imagine trying to do radiologic procedures while you lack the necessary medical supplies, such as contrast media.
Imagine waiting in line for hours to fill up gas at fuel stations just to get to work (public transit is not an option for you, because it doesn’t really exist). Imagine you come home to no electricity yourself, which means spoiled food, cold showers, and laundry piling up, because the private generators that power your home have also stopped running.
And to top it off, imagine your salary lost 90% of its value almost overnight, and you can barely afford to care for yourself, much less for the patients who come to you for help.
Now imagine doing that every day, with no end in sight.

That’s what being a radiologic technologist in Lebanon is like right now.

Lebanon is in the throes of an economic collapse and is experiencing shortages of basic necessities countrywide, leaving every sector reeling, including healthcare. Hospitals in the more far-flung and impoverished parts of the country, such as those in the hard-hit Akkar province, which are struggling with extreme fuel and power shortages—with even the internet, mobile, and landline services going dead as telecom service providers could no longer operate in the area—. They have simply run out of diesel to fuel their generators. While in Beirut, even the much better served and provisioned American University of Beirut Medical Center called for help from the international community, warning that their own diesel supplies would not last for more than 48 hours, at which point more than 50 patients would die immediately, and nearly 200 would die within a few days. 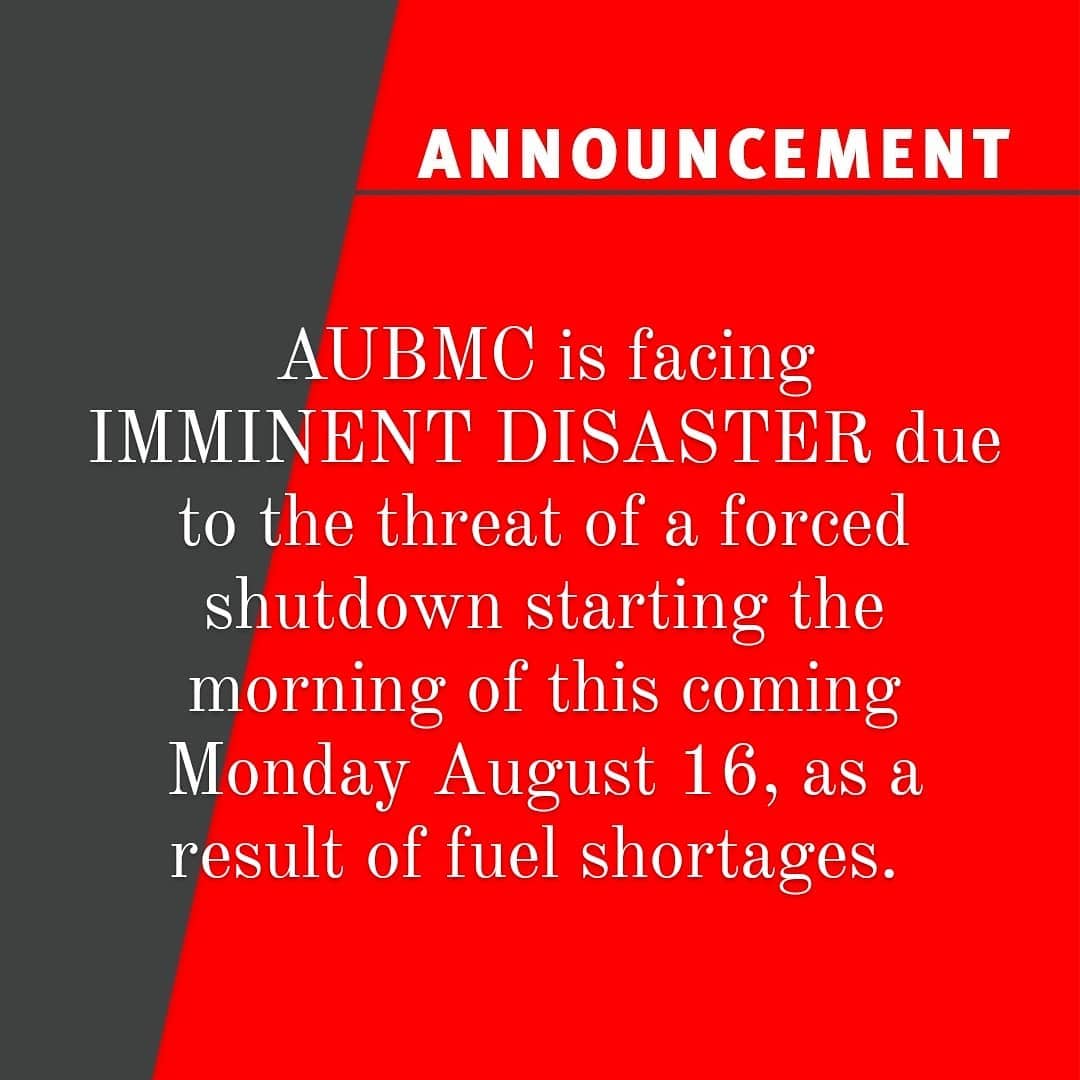 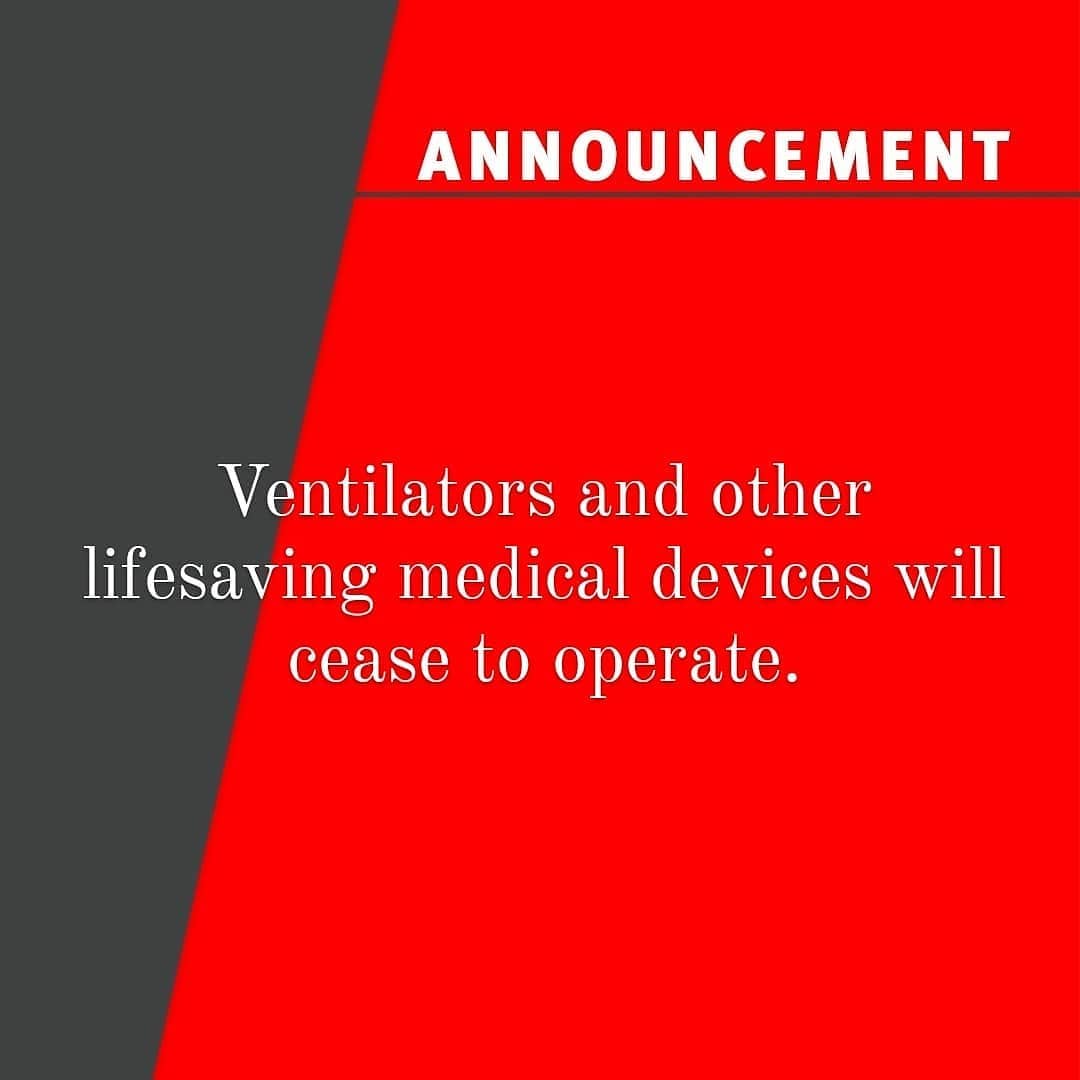 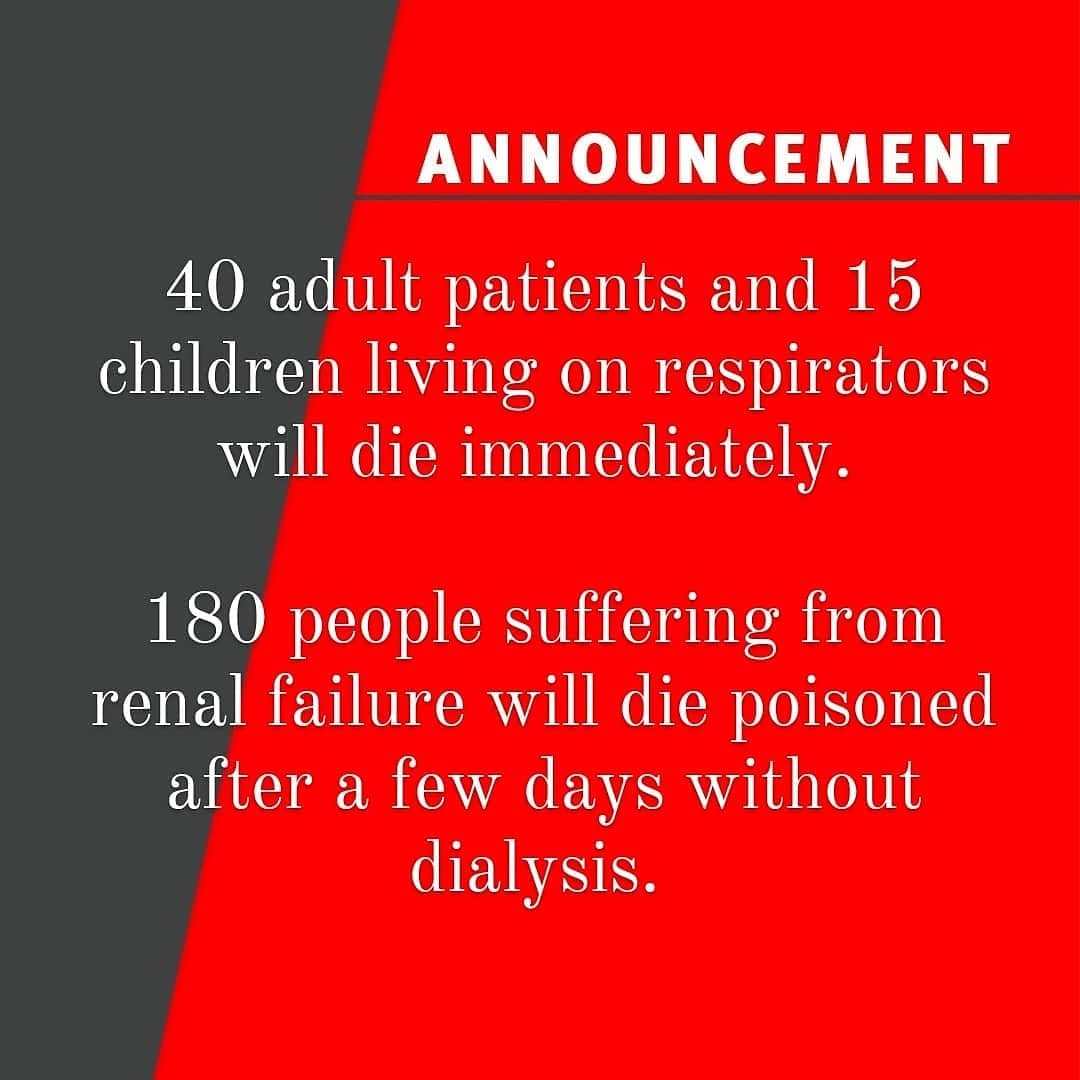 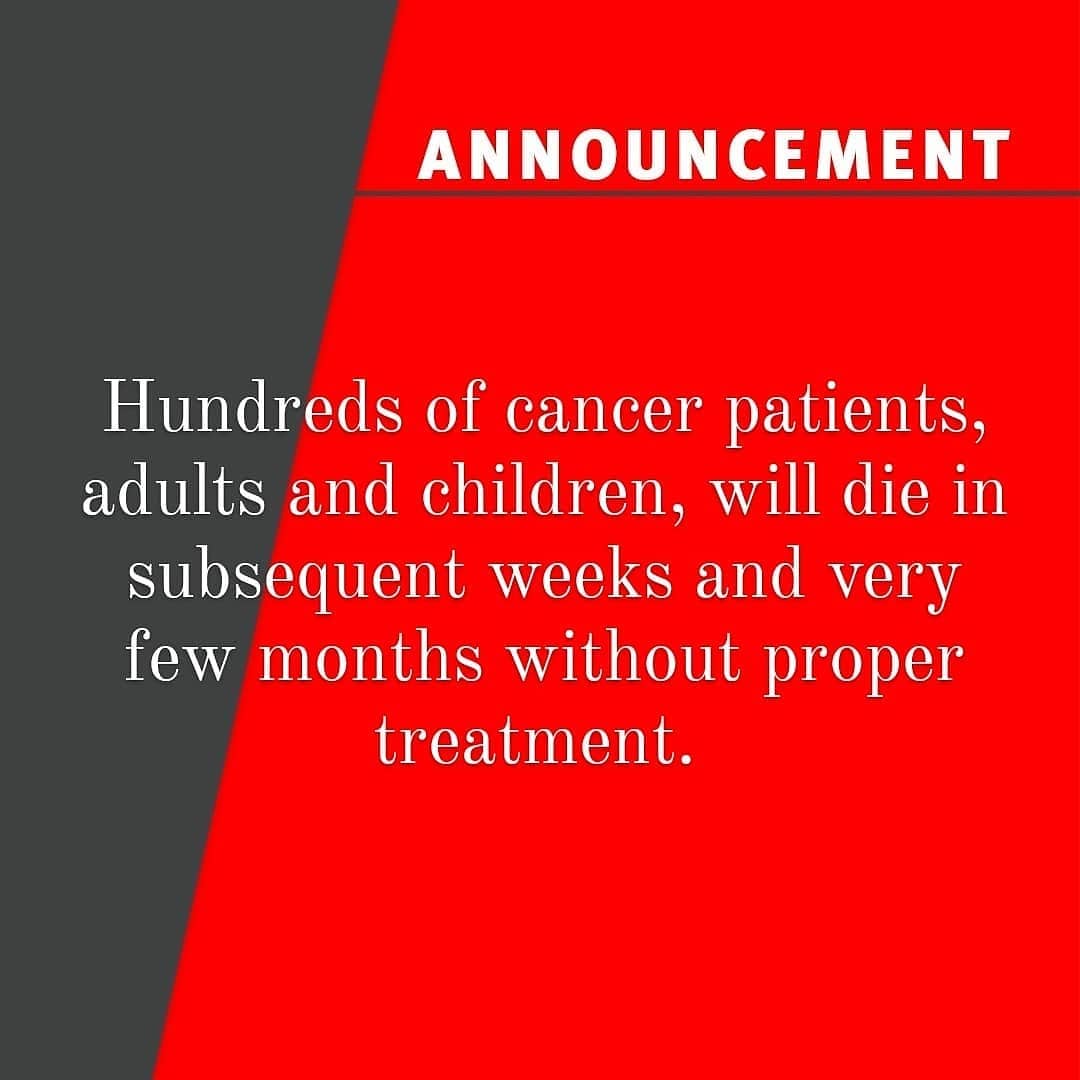 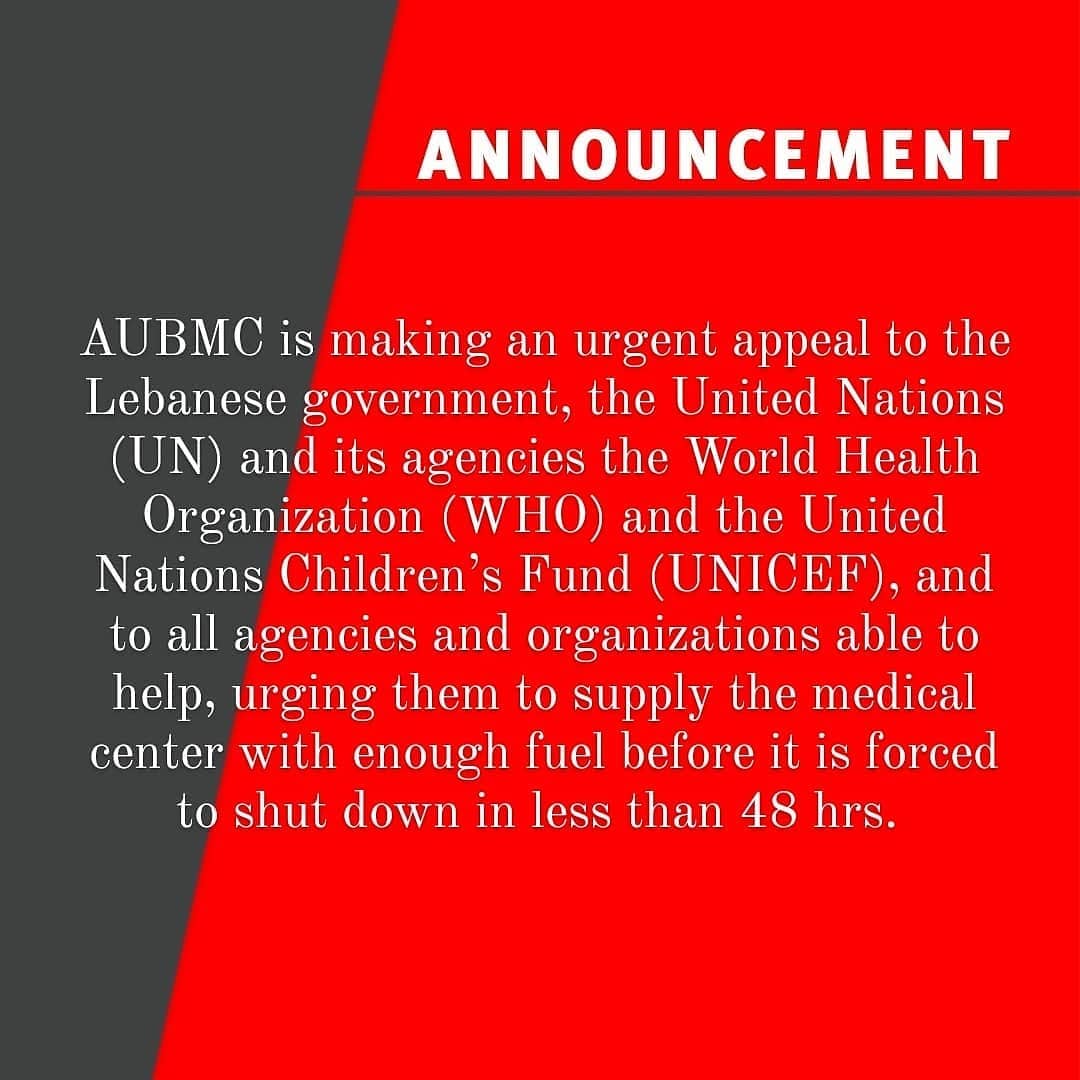 On August 16, 2021, the American University of Beirut Medical Center (AUBMC), one of the Lebanon’s top hospitals, put out a call for help to anyone and everyone, to keep the power on in order to save the lives of patients who would die when the hospital’s diesel reserves ran out. (www.instagram.com/aub_lebanon)

And even if aid comes and the lights stay on in Lebanon’s hospitals, technologists in the radiology department will still find themselves struggling to run routine procedures for patients for a host of reasons related to the collapse of Lebanon’s economy and infrastructure.

“Every day is a challenge,” Charbel (not his real name), a technologist working at a hospital in Beirut, told us. “The lack of availability of fuel is an everyday struggle. We are waiting hours to fill our tanks just to make it to our duties on time. And on top of that, we’re facing a decrease in the number of staff, which is causing work overloads for those of us who remain. RTs have to multi-task and sometimes even provide cover in other sections. I’ve lost many colleagues who resigned and left the country, so I cannot take vacation days. The work overload and the long hours are leaving me feeling drained and tired all the time.” 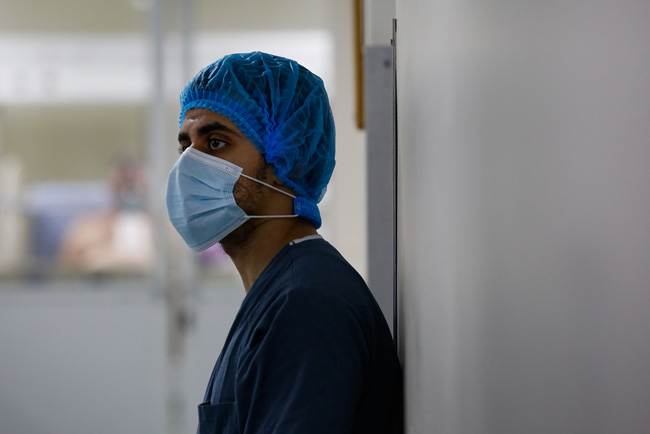 And as if losing large numbers of RTs wasn’t enough, hospitals are also struggling to procure medicines and medical supplies. Medical suppliers simply have not been able to import the supplies hospitals need since September, due to lack of dollars to purchase them and the restrictions Lebanon’s banks have placed on transferring money outside the country. “We have a shortage of major supplies,” Charbel explained, “such as contrast media used in CT and MRI scans for important studies and radioactive materials and tracers used in nuclear medicine. We’re still able to offer most services to patients, but sometimes these are delayed for days until the supplies we need arrive.”And sometimes, if the hospital lacks the supplies to perform a particular radiologic procedure for a patient, they have to find another way, a different procedure, to get the information physicians need to make a diagnosis and plan treatment. It goes without saying that this could have a negative effect on patient health outcomes.

But what can they do? Very little, unfortunately. Radiologic technologists in Lebanon must simply continue on and keep themselves together through layers of crises.

“We try not to be emotional,” Charbel said, “because in our job, if you can’t handle the cases you meet on a daily basis, then it’s a big problem for us. But sometimes, you can’t help it, and it all gets to us for a while. But we are sticking it out. We have been able to maintain our high standards despite everything, and we are working as a team no matter what.”

For Love of Country and Profession

Charbel and his colleagues are trying to keep their heads up. Despite the bleak outlook at home and on the job and in the entire country of Lebanon, he soldiers on each day, through interminable fuel station queues and a salary with a value that changes by the hour with the black market fluctuations in the worth of the Lebanese lira. When asked how he keeps himself going, he said simply, “It’s my ability to help my people and my country in these difficult situations that is the main thing keeping me going,” he said. “That, and love for my profession.”
Admirable. Incredible. And heartbreaking.